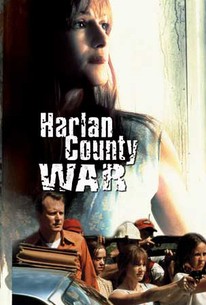 The true story of one of the most contentious labor disputes of the 1970s is the basis for this made-for-cable drama. In 1973, many of the men of Harlan County, Kentucky, were employed by Brookside Mining, who operated a number of coal mines. Brookside paid its employees meager wages for dangerous, backbreaking work, and also controlled housing and retail sales in the area, boarding its workers in shacks without central heating or indoor plumbing, and selling them food and clothing at inflated prices. Warren Jakopovich (Stellan Skarsgard), an organizer for the United Mine Workers Association, encouraged Brookside's workers to join the union and go on strike for fair wages and better working conditions. Many of the miners simply couldn't afford the loss of income that a strike would mean, but when two workers died as a result of Brookside's willful ignorance of safety standards, most of Harlan County's mine workers finally went on strike. A judge formerly employed by Brookside handed down an order forbidding the workers to picket the mine sites, but Ruby Kincaid (Holly Hunter), whose husband Silas (Ted Levine) was fired for protesting dangerous conditions and whose father was attacked by scab laborers, organized the wives of striking miners to picket in their place. The Harlan County War was based on the same strike portrayed in the Academy Award-winning documentary Harlan County, USA.

Harlan County War... is that oddest of enterprises, a pretty good docudrama prompted by a superb documentary.