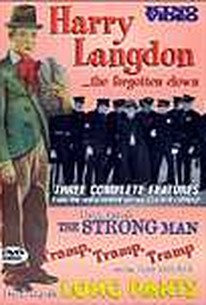 While Charlie Chaplin, Buster Keaton and Harold Lloyd are the silent film era's most famous clowns, this trilogy of short features showcases their lesser-known but equally talented contemporary, Harry Langdon. The Strong Man -- considered by some as Langdon's best film -- marked the debut of legendary director Frank Capra, who also helmed 1927's Long Pants. In Tramp, Tramp, Tramp, Langdon courts none other than Joan Crawford.

There are no critic reviews yet for Harry Langdon: The Forgotten Clown. Keep checking Rotten Tomatoes for updates!

There are no featured reviews for Harry Langdon: The Forgotten Clown at this time.