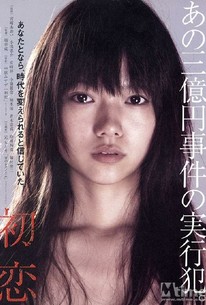 A coming of age drama that hinges on the notorious 1968 payroll theft frequently referred to as "Sanoku-en Jiken" (or "The 300 Million Yen Affair"), Yukinary Hanawa's tale about a young orphan girl longing for the acceptance of her peers draws its inspiration from the autobiography of Misuzu Nakahara - who claims to have been partially responsible for the long-unsolved crime. Misuzu (Aoi Miyazake) is recently orphaned sixteen year-old who has been sent to live with her wealthy relatives. Upon following her brother Ryo (Masaru Miyazaki) to an underground Shinjuku jazz club, Misuzu becomes infatuated with her charismatic sibling's colorful group of friends. A radical crew consisting primarily of theatrical performers and political activists, Ryo's peers rapidly begin to splinter apart after a high-profile demonstration takes a violent turn. Later, when quiet kid Kishi (Keisuke Kiode) voices his opinion that Misuzu should play a role in the robbery, the naïve young girl giddily accepts. ~ Jason Buchanan, Rovi

There are no critic reviews yet for Hatsukoi. Keep checking Rotten Tomatoes for updates!

There are no featured reviews for Hatsukoi at this time.