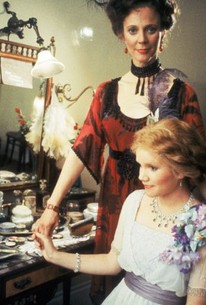 This semi-sequel to William Gibson's The Miracle Worker recounts the early adult years of the profoundly handicapped but brilliant Helen Keller. Helen, played by Mare Winningham, enters college, with her friend and mentor Annie Sullivan Macy (Blythe Danner) by her side. As Helen's international fame grows, she must withstand the pressures of those who'd treat her as a freak rather than a human being as well as Annie's near-strident demands that she excel at everything. The multi-faceted Ms. Keller lived too much of a life to be squeezed into a mere two-hour running time; the script betrays the strain of trying to show us more than it's able by wrapping up everything in a hurried, unsatisfying conclusion. Helen Keller: The Miracle Continues was initially telecast as part of the syndicated Operation Prime Time package in 1984.

There are no critic reviews yet for Helen Keller: The Miracle Continues. Keep checking Rotten Tomatoes for updates!

There are no featured reviews for Helen Keller: The Miracle Continues at this time.