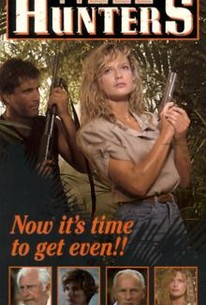 Stewart Granger plays a Joseph Mengele type in the grim Hell Hunters. Hiding out in jungles of South America, Granger plans to poison the population of Los Angeles as revenge for the toppling of the Third Reich. Nazi hunters Maud Adams and George Lazenby race against time to foil the old Nazi's scheme. They find themselves with an unexpected ally in the form of Candice Daly, whose mother died in a concentration camp at Granger's hands. If nothing else, Hell Hunters clues us in on what George Lazenby has been doing since On Her Majesty's Secret Service.

There are no critic reviews yet for Hell Hunters. Keep checking Rotten Tomatoes for updates!

There are no featured reviews for Hell Hunters at this time.