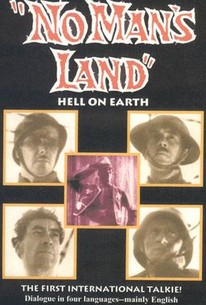 This anti-war drama, set in WW I, tells the stories of five soldiers from five different countries who are trapped in a no-man's land dugout during a bombardment. Each man's life before the war is chronicled as are the ways in which they became soldiers. The men; an Englishman, a Frenchman, a German, a German Jew, and a black man also offer their opinions about the war.

Ernst Busch
as The German

Hugh Douglas
as The Englishman

Vladimir Sokoloff
as The Jew

Critic Reviews for Hell on Earth

With this apotheosis the film ends. It is only an apotheosis, no reality.

As a result of these defects and failures, Hell on Earth is not as effective, even as propaganda, as it might be; but unlike most war films it does express a clear and uncompromising attitude toward its subject.

There are no featured reviews for Hell on Earth at this time.