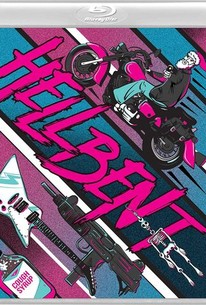 If Paul Bartel and Mary Woronov had starred in Hellbent, it might have been a laff riot. Instead, stars Phil Ward and Lynn Levand are dead serious. Ward plays a looney musician, while Levand is cast as a vengeful housewife. The two set out upon a gruesome mission that leads them deeper into insanity, if such a thing is possible. Director Richard Casey also wrote the "screamplay" of Hellbent.

There are no critic reviews yet for Hellbent. Keep checking Rotten Tomatoes for updates!

There are no featured audience reviews yet. Click the link below to see what others say about Hellbent!