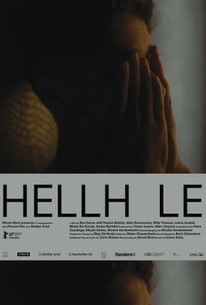 Three starkly different people deal with the aftermath of the terrorist attacks in Brussels in May 2016. A Flemish doctor, whose son is a fighter jet pilot on a mission in the Middle East, is forced to confront his loneliness. A young man from Algerian descent is asked by his brother to do him a deceivingly simple favour. An Italian woman, who works in the heart of the European Institutions, is slowly losing control under the pressure of her demanding life. The same question that seems to haunt the city, looms over their lives, where do we go from here?

This may not be a vision of hell, but it sure feels like purgatory.

The film withholds as much as it divulges. But it also contains surprising moments of raw feeling, and not just through the actors, all of whom are fully committed to Devos' indirect approach.

In the end, politics are nothing but the way we choose to treat one another, and Hellhole reminds you of that by giving our political zeitgeist a sad, familiar face.

As politically bleak as it is stylistically rigorous, Hellhole is, like Code Unknown, a film about how big cities squish us together without ever considering the consequences.

There are no featured reviews for Hellhole at this time.