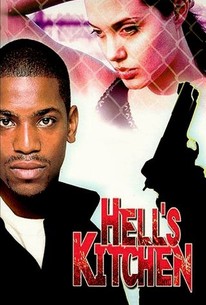 In this hard-edged crime drama, four kids from the tough New York neighborhood of Hell's Kitchen decide to pull a robbery, but their first foray into crime does not go well. When the dust settles, Hayden (Ryan Slater) is dead, and Johnny (Mekhi Phifer) gets pinched by the cops, while Patty (Johnny Whitworth) and Gloria (Angelina Jolie) manage to get away. Johnny serves a five-year stretch in prison for the theft. Although Gloria was in love with Johnny, Hayden was her brother, so she's become susceptible to gossip that Johnny was responsible for Hayden's death, and she is eager to get revenge on her former lover. Patty has also fallen in love with Gloria, and while he is not happy about betraying his old friend, he's soon ensnared in Gloria's plot to kill Johnny. Patty also has to deal with the guilt he feels about his on-again, off-again affair with Gloria's mother Liz (Rosanna Arquette), a failed lounge singer sunk deep into drugs and alcohol. Meanwhile, as he tries to clear his name with Gloria, Johnny is trying to make a career as a boxer; Lou (William Forsythe), a veteran trainer and manager, offers to help Johnny, but the young fighter isn't so sure he wants to be linked to someone with Lou's ties to organized crime. Hell's Kitchen N.Y.C. was the feature directorial debut for Tony Cinciripini, who was formerly an assistant to famed acting coach Lee Strasberg. ~ Sandra Brennan, Rovi

Jimmy Archer
as Whisperer
View All

There are no critic reviews yet for Hell's Kitchen N.Y.C.. Keep checking Rotten Tomatoes for updates!

Hell's Kitchen isn't much of a film and falls apart rather quickly. The story is garbage and goes off in several different directions at once. Additionally, the acting is remarkably poor; except for Angelina Jolie, who tries to rescue the film, but the script is working against her. Some of the plot threats are interesting, but overall the story's incredibly incoherent. Bogged down with a bad script and poor directing, Hell's Kitchen winds up being a monotonous film without any focus.

Courage can't win you reviews, but It can show acting skills.