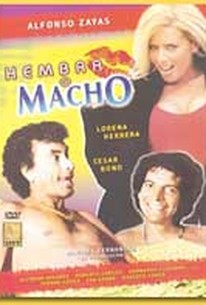 Victor Manuel Castro's gender bending romantic comedy Hembra o Macho stars Lorena Herrara as an exotic dancer who hires a repressed lawyer after being involved in a traffic accident. Deciding to mess with the layer because of his homophobic beliefs, the dancer begins flirting with him while pretending to be a transvestite. Sure enough, the games get more complicated when the layer begins to fall in love. ~ Perry Seibert, Rovi

There are no critic reviews yet for Hembra o Macho. Keep checking Rotten Tomatoes for updates!

There are no featured reviews for Hembra o Macho at this time.