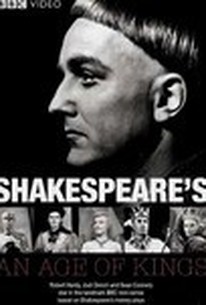 Shakespeare's epic history follows the rise of King Henry VI (Peter Benson), from the war with France through his marriage to Lady Margaret of Anjou (Julia Foster) and the tragic conclusion of the War of the Roses. Co-starring Paul Chapman and Bernard Hill, this production is part of the BBC's series of the complete works of William Shakespeare.

There are no critic reviews yet for Henry VI. Keep checking Rotten Tomatoes for updates!

There are no featured reviews for Henry VI at this time.