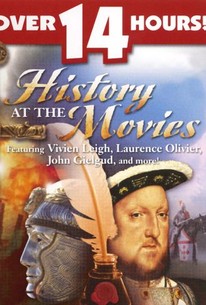 Henry VIII and His Six Wives is a feature film based upon the 1971 BBC miniseries The Six Wives of Henry VIII. Keith Michell weathers several makeup changes as the much-married titular monarch. While the miniseries was able to explore the political and personal reasons for the selection (and sometimes rejection) of the wives, the shortened version concentrates chiefly on such highlights as the birth of Queen Elizabeth and the execution of Anne Boleyn. The film is constructed in flashback form, with an aged Henry recalling his marital record. Side note: Donald Pleasence appears as Thomas Cromwell in Henry VIII and His Six Wives; Pleasence's daughter Angela had played Katherine Howard, Bride No. 5, in the original Six Wives of Henry VIII.

Frances Cuka
as Katherine of Aragon

Jenny Bos
as Anne Of Cleves

Critic Reviews for Henry VIII and His Six Wives

With yeoman direction by Waris Hussein, the film is, in sum, a thinking-man's spectacular, with something, of course, to please even the non-thinkers.

Historical pageants may be fine for high-school graduation ceremonies, but since none of the performers in this film is likely to be your son or daughter, why bother with it?

There are no featured reviews for Henry VIII and His Six Wives at this time.