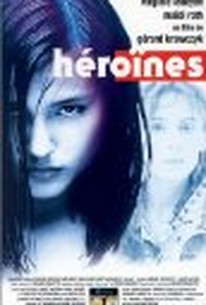 This French drama, adapted from the novel Playback by Didier Daeninckx, centers on small-town girl Johanna (Virginie Ledoyen) who dreams of becoming a rock star. Johanna and her shy friend Jeanne (Maidi Roth) perform in a small mining town when Parisian Luc (Marc Duret), on a visit to close the mine, catches their act. When Luc loses his job, he becomes their representative. At a talent show for solo performers, Jeanne sings backstage while Johanna lip-syncs onstage. Fame follows, but Johanna's promiscuous activities and drug use create frictions with her friends. As Pierre Montgolfier, a friend of Jeanne's mother, veteran performer Serge Reggiani offers a rendition of the 1943 tune "Douce France." Shown at the 1997 Venice Film Festival. ~ Bhob Stewart, Rovi

There are no critic reviews yet for Héroïnes. Keep checking Rotten Tomatoes for updates!

It's a shame this is soap opera material because i liked the cast, they deserved better.