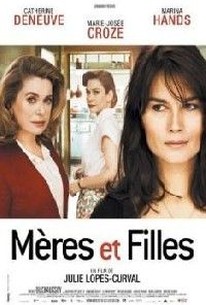 A woman discovers the long-held secrets of her mother and grandmother in this drama from writer and director Julie Lopes-Curval. Audrey (Marina Hands) grew up fascinated with cooking, and now that she's an adult, she's turned this passion into a career by designing high-end culinary equipment. When Audrey discovers that she's going to have a baby, she flies back to her hometown in Canada to share the good news with her mother Martine (Catherine Deneuve), a successful doctor. Martine is not good at showing affection, and while talking with Audrey about her plans they have a bitter argument. Audrey leaves her mother's home and ends up staying at the house of her late grandfather. While there, Audrey stumbles upon the journal of her grandmother Louise (Marie-Josee Croze), who left her husband and children many years before and soon fell out of contact with the family. As Audrey reads the thoughts Louise put down on paper, she discovers a dark side to her family's history that Martine has never shared with her. Meres et Filles (aka Hidden Diary; the original title translates as "Mothers and Daughters") received its North American premiere at the 2009 Montreal World Film Festival.

There are no critic reviews yet for Hidden Diary. Keep checking Rotten Tomatoes for updates!

There are no featured reviews for Hidden Diary at this time.