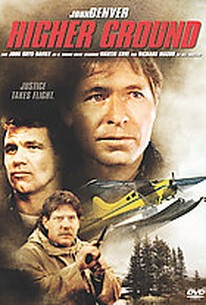 John Denver stars in this thrilling drama--originally a TV film that aired in 1988--as a jaded former FBI agent who agrees to help out his friend's air-freight business. But when his buddy is murdered and framed as a bootlegger, it's up to the one-time G-Man to clear his fallen friend's good name. And he's going to do it by taking...the higher ground. John Rhys-Davies, Richard Masur, and THE KARATE KID's Martin Kove co-star in this dramatic action-adventure movie set amid the Alaskan wilderness.

There are no critic reviews yet for Higher Ground. Keep checking Rotten Tomatoes for updates!

There are no featured reviews for Higher Ground at this time.