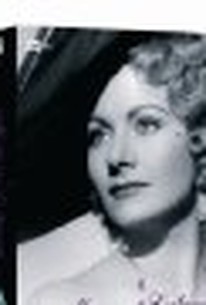 Britain's Margaret Lockwood is teamed with Hollywood's Dane Clark in Highly Dangerous. Set in a mythical Iron Curtain country, the film casts Lockwood as an entomologist who hopes to stop a planned volley of bacteriological warfare. Facing danger at every turn, our heroine is rescued time and again by a two-fisted American reporter (Clark). The story culminates in a glass-enclosed hothouse, where the two protagonists race against time to neutralize thousands of poisonous insects. One bizarre sequence finds a drug-benumbed Lockwood imagining herself as the star of a popular British radio serial! Future Saint mentor Roy Baker directed from a script supplied by no less than Eric Ambler. ~ Hal Erickson, Rovi

Margaret Lockwood is far from convincing as an authority on insects who becomes a British secret agent in a police state.

A highly farfetched espionage spoof that's fun even if it's not credible.

There are no featured reviews for Highly Dangerous at this time.