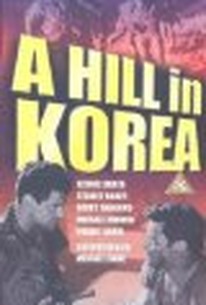 Filmed in Surrey, England, Hell in Korea was shipped out to more conservative movie houses as A Hill in Korea. The title essentially tells all in this no-nonsense account of a group of UN soldiers during the Korean "police action" of the early 1950s. This "skeleton" patrol maintains its tenuous hold over a strategic hill, while determining the best method of sneaking into a communist-held village. While Korean veterans tended to dismiss the film as Hollywood-style hokum, Hell in Korea has stood the test of time far better than many other more elaborate "realistic" wartime dramas. The film, based on a novel by Max Catto, served as the movie debut of Michael Caine, who does not receive screen credit in the original prints--an oversight rectified in TV prints issued after Caine's rise to stardom. In his second film, Robert Shaw is securely ensconced in a good supporting role. ~ Hal Erickson, Rovi

Critic Reviews for A Hill in Korea (Hell in Korea)

With a gratifying minimum of both ultra-heroics and matey service humor, this British war drama absorbingly recreates the minuteby-minute ordeal of a small patrol trapped by the enemy in Korea. The non-celebrity cast does its work with unassuming skill.

There are no featured reviews for A Hill in Korea (Hell in Korea) at this time.