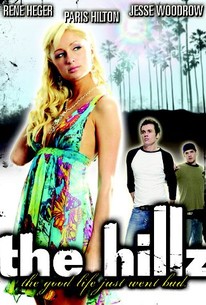 A year at college can certainly alter the way one views the world, and when Steve 5 (Jesse Woodrow) returns home from his first year of higher education, he soon finds that he's not the only one who has experienced change. Shocked to learn that his former best friend Duff (Rene Heger) is now the leader of a sadistic gang that has transformed his once tranquil neighborhood into a dangerous crime zone pulsing with drugs, sex, and violence, Steve 5 soon begins to question his role in his new surroundings. It seems that Duff has finally found respect in his criminal ways, and though Steve 5 is slowly being seduced by the alluring excess of Duff's criminal world, he finds his will being tested and his dreams of becoming a professional basketball player put to the ultimate test.

Charlote Bjornbak
as Girl With Guy

Patrick Murphy
as 'No' Person #1

Critic Reviews for The Hillz

There are no critic reviews yet for The Hillz. Keep checking Rotten Tomatoes for updates!

Audience Reviews for The Hillz

My friend and I watched this 91 minute feature in 15 minutes by fast-forwarding through most of it. So I don't have much to say other than everything about it was crap. The acting, the camera work. It seriously looked like it was made by a nineth grade film school student who was either drunk or high at the time of filming.