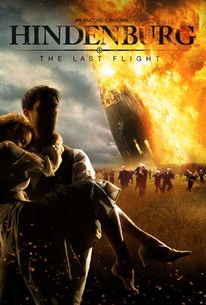 Staci Keach, Lauren Lee Smith, and Greta Scacchi headline this two-part mini-series exploring a compelling conspiracy theory surrounding the tragic crash of The Hindenburg on May 6, 1937. The story centers on an unscrupulous American oil tycoon whose plot to destroy the massive German zeppelin leads both his daughter and the ship's designer on a frantic race to prevent the disaster that will ultimately bring the airship era to a fiery end.

There are no critic reviews yet for Hindenburg. Keep checking Rotten Tomatoes for updates!

There are no featured reviews for Hindenburg at this time.