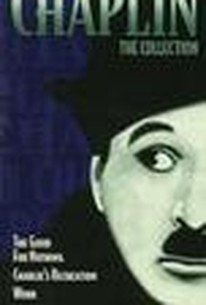 Charlie Chaplin's 25th Keystone comedy is a park farce on the same order as many of his earlier shorts. It opens with a famous shot of Charlie sitting on a park bench, reading Police Gazette, the National Enquirer of its time. A couple nearby are unhappy; the boy, Charles Parrot (later known as Charley Chase), has to take care of his gouty, wheelchair-bound uncle, preventing him from going off with his girlfriend, Gene Marsh. He gets an idea -- find someone to push uncle around for the day. He finds Charlie, of course, but not before his girlfriend encounters the Tramp. She accidentally drops her purse in front of him and he retrieves it and tries to flirt. When Charlie agrees to push Uncle around, the Nephew finds his girlfriend and they go off for a stroll. Wheeling Uncle past a saloon, Charlie asks for an advance for a drink but the Uncle refuses. Charlie pushes Uncle to a nearby pier where another invalid in a wheelchair with a tin cup and a "Help A Cripple" sign has fallen asleep. Charlie deftly puts the sign and cup on Uncle, who is also dozing. The first contribution is enough to send Charlie off to the saloon for a drink. Meanwhile the couple arrives at the pier and finds the sleeping Uncle in this embarrassing position. Gene laughingly teases her beau as they again escape. Another charitable soul comes by and drops a coin in the cup which awakens the cripple who takes back his sign and cup and strikes Uncle on his gouty foot with his cane. Charlie arrives quite tipsy and wheels Uncle further along the pier, amusing him with his Police Gazette. The couple has meanwhile had a fight, and the girl arrives on the pier and sits down next to Charlie. He begins flirting again, and when Uncle tries to interfere, Charlie pushes him right to the end of the pier. Nephew arrives and is enraged to see Charlie and Gene together. A scrap begins also involving a couple of Kops, one of whom shoos the boyfriend away before being pushed off the pier. The other Kop pinches Uncle as a troublemaker, leaving Charlie and Gene to walk off together.

Glen Cavender
as Man at Bar/Cripple

Charles Murray
as Man at Bar

Harry McCoy
as Policeman
View All

Critic Reviews for The Good for Nothing

There are no critic reviews yet for The Good for Nothing. Keep checking Rotten Tomatoes for updates!

There are no featured reviews for The Good for Nothing at this time.

The Good for Nothing Quotes