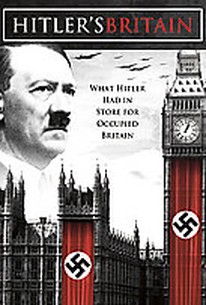 Filmed on location in Britain and using real Nazi and Allied artifacts and documents, this film examines the chilling "what if" of how history would have unfolded, had the Nazis overtaken England during World War II. Exploring both the strategies that the British employed to avoid this terrifying force, and the most likely outcomes that would have resulted had the English failed to defend their nation from a complete occupation, the documentary offers a sobering look at what might have been. ~ Cammila Collar, Rovi

There are no critic reviews yet for Hitler's Britain. Keep checking Rotten Tomatoes for updates!

There are no featured reviews for Hitler's Britain at this time.