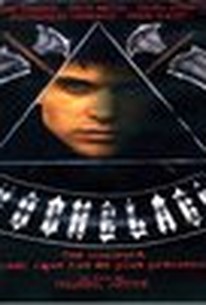 A bloody and long-standing feud between two rival biker gangs in Quebec inspired this gritty Canadian drama. Marc (Dominic Darceuil) is a petty criminal in his early twenties who pulls small-time robberies with his friends Nose (Jean-Nicholas Verreault) and Bof (Michel Charette). One night the three make the mistake of knocking over a market in a neighborhood controlled by the Dark Souls, a gang of motorcycle riders with a taste for violence and an eagerness to stomp anyone they believe has wronged them. The Dark Souls catch up with Marc, but one of the gang, Hulk (Ronald Houle), is impressed enough with him to ask Marc to join the club. Though Marc's mother (Michele Peloquin) and her ex-biker friend Popeye (Paul Dion) try to warn him, he's soon drawn deep into the violent world of the Dark Souls. Meanwhile, Nose and Bof are not happy that their old friend has abandoned them to run with the bikers, leading to a confrontation with ugly consequences. Hochelaga was a box-office success in Quebec, doubtless due to public interest in the well-reported war between the local Hell's Angels and a rival gang, the Rock Machine. ~ Mark Deming, Rovi

There are no critic reviews yet for Hochelaga. Keep checking Rotten Tomatoes for updates!

There are no featured reviews for Hochelaga at this time.