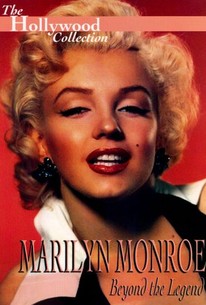 This documentary of Marilyn Monroe takes a novel approach in not dwelling on her love affairs and concentrating on her film career. Film clips and press conferences accompany interviews of Marilyn's friends and co-stars such as Shelly Winters, Robert Mitchum, Susan Strasberg, and Joshua Logan. Even decades after her death, all are left with a lasting impression of Monroe as an actress of considerable talent but one who struggled with demons that plagued her personal life.

Richard Widmark
as Narrator
View All

There are no critic reviews yet for Hollywood Collection. Keep checking Rotten Tomatoes for updates!

There are no featured reviews for Hollywood Collection at this time.