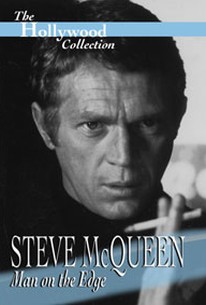 This documentary, narrated by James Mason, traces the life of legendary big screen actor Steve McQueen. The product of a broken home and reform school, McQueen made a brilliant career in film in the 1960's and 1970's playing characters not unlike his own. He played the wily and rebellious loner in numerous roles, many clips are featured including from: The Magnificent Seven, Love with the Proper Stranger, The Cincinnati Kid, The Reivers, The Great Escape, The Sand Pebbles, Pappilon, and Bullitt. There are also home movies with his wife, Neile McQueen Toffell, and their children, and colorful stories from friends and fellow actors such as Chuck Norris, Karl Malden, and Don Gordon. Directors, producers, agents share anecdotes about the star's film career and life. McQueen, a race car enthusiast, is also remembered by his friends in the racing world. Steve McQueen was, indeed, a man on the edge.

There are no critic reviews yet for Hollywood Collection. Keep checking Rotten Tomatoes for updates!

There are no featured reviews for Hollywood Collection at this time.