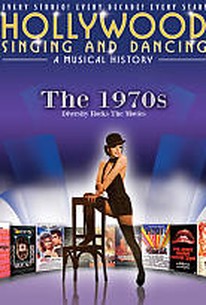 Take a trip back to an era when musicals were evolving into something much more than fluffy dance-a-thons with happy endings in this documentary hosted by Academy Award-winner Shirley Jones. Disco and rock were transforming the musical as audiences knew it. All of a sudden it wasn't about families dancing together in rolling hills, but kids rebelling in the classroom, strutting disco dancers, and sweet transvestites with a taste for intergalactic mayhem. In this film, Jones offers an in-depth look at Cabaret, the film that rocketed Liza Minnelli to stardom, and John Travolta's iconic performances in Grease and Saturday Night Fever. Later, after exploring the electric jolt of rock and cinema delivered by The Rocky Horror Picture Show, Tommy, and Rock and Roll High School, we discover how Charlie and the Chocolate Factory made Gene Wilder a household name, and reflect on the career of Bob Fossee though interviews with Ann Reinking, Gwen Verdon, and Shirley MacLaine, who helped to make All That Jazz an Oscar-winning box-office sensation.

Critic Reviews for Hollywood Singing and Dancing: A Musical History - The 1970s

There are no critic reviews yet for Hollywood Singing and Dancing: A Musical History - The 1970s. Keep checking Rotten Tomatoes for updates!

There are no featured reviews for Hollywood Singing and Dancing: A Musical History - The 1970s at this time.

Hollywood Singing and Dancing: A Musical History - The 1970s Quotes