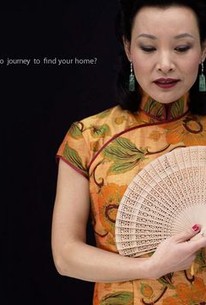 A combination of circumstance and poor life choices turn to young children into the caretakers for their unstable mother in writer/director Tony Ayres' semi-autobiographical family drama. As aging writer Tom (Darren Yap) sits down to pen a screenplay detailing his life story, memories quickly transport him to the Shanghai nightclub where his single mother Rose (Joan Chen) would captivate Western servicemen. A beautiful thrush with a magnificent voice, Rose eventually packed up children Tom (Joel Lok) and May (Irene Chen) and set off for Australia after accepting a marriage proposal from Melbourne sailor Bill (Steven Vidler). When the relationship between Rose and Bill withered after just one week, the mother set her sights on Sydney. In the following seven years, Rose and her two young children would bounce between a series of "uncles" as stability continued to elude the trio. Though desperate Rose would eventually return to Melbourne with her children and attempt to rekindle her relationship with Bill, that too would eventually result in failure when the impulsive woman entered into a heated affair with local restaurant employee Joe (Qi Yuwu). Enraged when younger lover Joe takes note of May's blossoming beauty, Rose once again begs Bill's forgiveness though his generosity finally seems to have been exhausted. ~ Jason Buchanan, Rovi

Irene Chen
as May

A finely chiseled drama about an unstable Chinese mother struggling to reconcile her desires with her children's needs in early '70s Australia, The Home Song Stories speaks bittersweet truths about life in the Chinese diaspora.

Whether you walk out of the theater hating, loving, or sympathizing for the director's mother, Stories succeeds in enabling you to see through the eyes of an angry, confused little boy

At its core, The Home Song Stories evokes painful memories, but also brings about the notion of forgiveness, remembering and honouring those memories.

My favourite Australian film of the year so far ... a cathartic memoir, a love story and a tribute to his unfathomable butterfly mother.

I went to the premiere of this film and it was possibly one of the best Australian films I've ever seen. It was extremely well acted - Joan Chen is a dream. At the start we were all laughing our heads off, and by the end there was not a dry eye in the house. A very moving and sad true story.