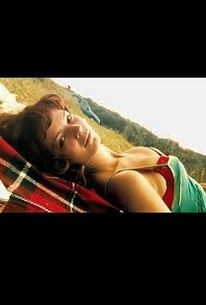 Acclaimed short film director Adrian Sitaru makes his feature directorial debut with this study of character and conscience concerning a couple whose relaxing weekend picnic turns tense after they run over a prostitute who was lying in middle of the road. Mihai is a schoolteacher from Bucharest. His job can be fairly demanding at times, and this past week was especially tense. In order to unwind, Mihai and his girlfriend Sweetie set out for a carefree picnic. But there's a roadblock ahead in the form of mysterious prostitute Ana. When Sweetie accidentally runs over Ana, the couple mistakenly assume that the prostitute is dead and attempt a hasty burial. But Ana is far from dead, and when she regains conscience in a nearby forest the shocked couple strains to feign concern. After joining Mihai and Sweetie on their picnic, Ana slowly ingrains herself in ever aspect of their lives, in the process flaring tempers, stirring jealousy, and generally feeding the couple's every insecurity until their relationship has been damaged beyond the point of salvation.

Alexandru Georgescu
as The Conductor

There are no critic reviews yet for Pescuit sportiv (Hooked). Keep checking Rotten Tomatoes for updates!

There are no featured reviews for Pescuit sportiv (Hooked) at this time.