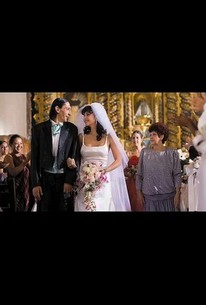 Cuban filmmaker Juan Carlos Tabío uses laughter to explore the socio-economic difficulties facing his homeland in this comedy concerning the chaos that unfolds when word spreads that the Castiñeiras family is set to receive a sizable inheritance. When Yamaguey resident Bernardito (Jorge Perugorría) first receives word that the Castiñeiras family is about to receive a large inheritance, he's understandably skeptical at first. Upon checking the internet and discovering that news outlets across the globe are reporting the bizarre development, however, his hopes finally begin to rise. It appears that a group of 18th Century Castiñeiras nuns had quietly deposited a large treasure in a British bank, and that the already substantial sum has been acquiring interest ever since. The authorities estimate that each family is set to receive millions, an announcement that has Castiñeiras all across Cuba lining up to prove their eligibility. But considering the fact that there are two separate Castiñeiras bloodlines, which one is entitled to receive the inheritance? In the case of Miguelón, a somewhat slow villager who has had his eye on town beauty Yurima since childhood, the announcement that he is now filthy rich could prove pivotal in helping him get the girl he's always pined after. Later, after the two become engaged and embark on a lavish spending spree, a new development sends the situation spinning in a wholly unanticipated direction. ~ Jason Buchanan, Rovi

Mirta Ibarra
as Charo
View All

There are no critic reviews yet for El Cuerno de la Abundancia (Horn of Plenty). Keep checking Rotten Tomatoes for updates!

There are no featured reviews for El Cuerno de la Abundancia (Horn of Plenty) at this time.