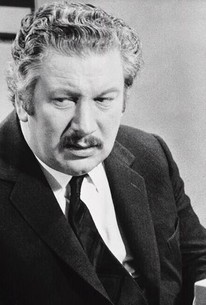 This comedy finds a veteran crook turning to modern computer technology to steal money from various companies. Even before he is released from jail Caesar (Peter Ustinov) is planning his high-tech heist. He cons American executive Klemper (Karl Malden) and sets up three bogus companies to receive funds from the corporate office. Klemper's faithful assistant Gnatpole (Bob Newhart) is suspicious and investigates the unusual activities. Smith (Robert Morley) gives Caesar the computer lesson that puts him on the fast track to thievery. Caesar marries Patty (Maggie Smith), who surprises her husband by earning more money than her crooked spouse by honest means. Cesar Romero is the smiling customs official who lets Caesar pass through with a bagful of money from the crime while Klemper's jar of instant coffee falls under suspicion.

Melinda May
as Nurse

Julie May
as 1st Charwoman

Hot Millions, which is not a hilarious comedy, is a pleasant, warm one.

One of those comic boardroom fairy-tales (man bites computer) which never seem to quite achieve basic persuadability.

Much too chatty and morally stagnant.

There are no featured audience reviews yet. Click the link below to see what others say about Hot Millions!