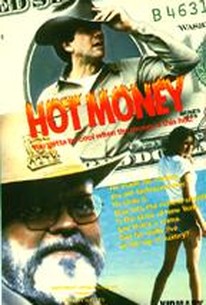 An ex-convict turned sheriff's deputy must face his guilty conscience, which is obsessed with his identity change following a million-dollar heist. With a notoriously troubled production history, this Canadian picture was shot in 1979 and sat on the shelf for half a decade, until Orson Welles had died. In the credits, the name of the director -- Selig Usher -- is a pseudonym for both George McCowan and Zale Magder. ~ Rovi

Kenneth Welsh
as Parker
View All

There are no critic reviews yet for Hot Money. Keep checking Rotten Tomatoes for updates!

There are no featured reviews for Hot Money at this time.