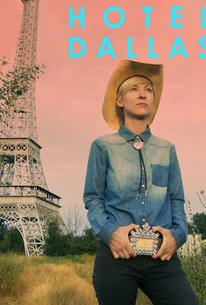 A Romanian father and daughter who become obsessed with the television soap opera Dallas during the 1980's build their own shrines to the show in this surreal metafiction tale. After falling in love with the hit show in their repressive homeland, Ilie (Nicu Ungureanu) builds a life-sized replica of the Ewing family mansion in Romania, while his child Livia (Livia Ungur) moves to America and makes a movie with her biggest crush, Patrick Duffy (who plays himself).

There are no critic reviews yet for Hotel Dallas. Keep checking Rotten Tomatoes for updates!

There are no featured reviews for Hotel Dallas at this time.