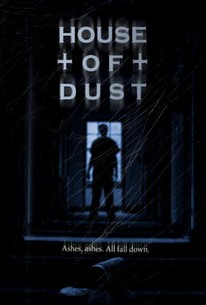 A group of college students become possessed by the spirits of disturbed mental patients after breaking into an abandoned asylum. Emma is a young girl suffering from schizophrenia. She's determined to get her life together when she enrolls in Camden College, but lately it seems like her friends are more interested in exploring nearby Redding House Asylum than acing their finals. Their curiosity eventually getting the best of them, Emma and her friends venture into the asylum, and discover a collection of containers filled with the ashes of former patients. When those containers are broken, the souls of the dead swirl in the dusty air, eventually finding their way into the students. The initial trauma leads to pure terror when it's revealed that one of the students has been taken over by a notorious serial killer who left behind a nightmarish legacy of murder and bloodshed.

Critic Reviews for House of Dust

There are no critic reviews yet for House of Dust. Keep checking Rotten Tomatoes for updates!

Audience Reviews for House of Dust

There are no featured audience reviews yet. Click the link below to see what others say about House of Dust!