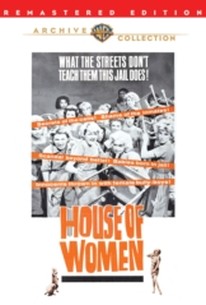 In this prison drama, a remake of Caged, House of Women (1950), a pregnant woman is wrongly convicted of armed robbery. She is sentenced to five years in prison. After her child is born, the inmate is allowed to keep it. She then has three years to earn parole. If she does not, the babe will be put up for adoption. When the prison warden finds himself attracted to the woman, he makes her his personal maid. Time passes and he falls in love with her resulting in better treatment for the other prisoners. Three years pass and the woman's parole seems assured until the sadistic warden, not wanting to lose the woman he loves, decrees that she will not be paroled and that all imprisoned mothers will lose custody of their children. This harsh action spawns a bloody revolt amongst the inmates. It is the brave woman that quells the uprising. Later media coverage of the event results in her release. The warden is fired. ~ Sandra Brennan, Rovi

Laurie Sheridan
as Robin
View All

Critic Reviews for House of Women

This serious but contrived women-in-prison picture is a loose follow-up to the 1950 Caged.

Prison flick most notable for scenes of non-violent protest .

Audience Reviews for House of Women

Strictly drive in stuff but thanks to the talent involved much better than these types of film usually are.

I really wanted to like this movie but right from the start it was boring.I watched it hoping it would get better but it never did.The best part of House Of Women was the end & I'm not trying to be funny.The final riot & hostage situation was the only time I woke up & started to get into it.By then I think there was only like 5-10 minutes left so that should tell you how much I thought of this movie.Zzzzzz.......