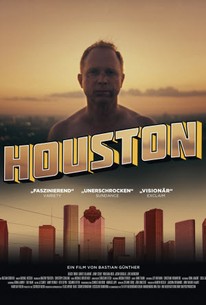 Headhunter Clemens Trunschka (Ulrich Tukur - LIVES OF OTHERS, WHITE RIBBON) is sent on a mission to recruit the CEO of Houston Petrol for a German car company. His prestigious client is unaware of the headhunter's serious drinking problem, which leads him to Texas after he fails to contact the CEO during a conference in Germany. Stuck in a large hotel, Clemens uses every trick in the book to discretely and effectively reach the CEO. However, nothing works, which sends him deeper into his jet-lag and whiskey induced daze. He seeks respite from the glaring sun and his boss's increasing demands at the hotel bar, where he meets the preternaturally cheerful hotel consultant Robert Wagner (Garret Dillahunt - WINTER'S BONE). On the brink of losing both job and family, Clemens fights his loneliness by drinking and hanging out with this relentlessly upbeat "Bob," whose local knowledge puts him back on the CEO's trail. Clemens manages to wrangle a meeting with the elusive top manager. However, the combined effect of the Texas sun, his hangovers, anxiety, and a steady stream of whiskey torment him, and he slips further from reality until his perceptions no longer match the world around him.

Jens Münchow
as Hannes
View All

This odd, tonally all-over-the-map drama proves less intriguing in its narrative than in its visuals ...

There are no featured reviews for Houston at this time.