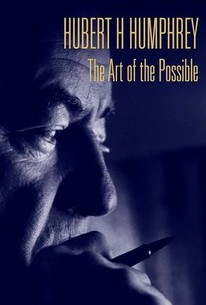 Best known to many as the 38th Vice President of the United States under Lyndon B. Johnson, and the 1968 Presidential election opponent of Richard M. Nixon, Hubert Humphrey transcended these categorizations on many levels. Humphrey stood at the epicenter of two ongoing battles that consumed the U.S. in the 1950s, '60s and '70s: the Civil Rights Movement and the Cold War. As a senator, he left behind a legislative record matched by few, successfully shepherding hundreds of bills through Congress that enacted many forms of social change from the Nuclear Test Ban Treaty to Medicare. But Humphrey's most enduring legacy arguably lay in the arena of civil rights activism; he, above all others, was the one responsible for challenging the inherent racism of the Senate and breaking the filibuster that obstructed the passage of the 1964 Civil Rights Act. This documentary draws on archival footage and other resources to etch out a reverential portrait of Humphrey's life, times and manifold accomplishments.

Critic Reviews for Hubert H. Humphrey: The Art of the Possible

There are no critic reviews yet for Hubert H. Humphrey: The Art of the Possible. Keep checking Rotten Tomatoes for updates!

There are no featured reviews for Hubert H. Humphrey: The Art of the Possible at this time.

Hubert H. Humphrey: The Art of the Possible Quotes