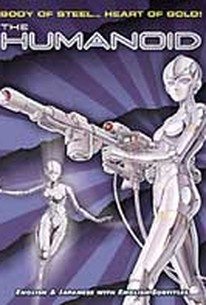 A scientist and the android he's created go up against a power-mad governor in this animated science fiction video. Dr. Watson lives on one of earth's distant outposts, where he spends much of his time working on his inventions. His greatest success so far has been Antoinette, an android with the characteristics of both robots and humans. Although enormously intelligent, she remains naive about the ways of the world. When Proud, the outpost's governor, figures out a way to possess an ultra-powerful weapon that could give him control over the universe, the scientist and Antoinette team up with the crew of a transport ship to thwart him. But will this group of heroes be able to overcome such a mighty enemy?

There are no critic reviews yet for Humanoid. Keep checking Rotten Tomatoes for updates!

There are no featured reviews for Humanoid at this time.