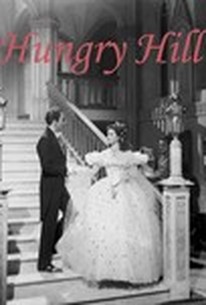 The misery caused by a long-term feud between two Irish families provides the framework in this drama based on a book by Daphne du Maurier. The saga begins in 1840 as the father of the Donovan clan rebels against the Brodrick family, the owners of the copper mine located on what was formerly Donovan land. In the ensuing conflict, the mine is destroyed and the eldest Brodrick son is killed. His younger brother then becomes the clan leader. He cares not a fig for mining; instead he would rather spend his time wooing a beautiful local girl whom he marries. They have four children and when the brother dies, his eldest son succeeds him. The new patriarch and his mother are terribly greedy and eager to take control of the mine. His mother is distraught when her son suddenly rejects her. The unwanted woman goes to London where she soon gets involved with gambling and drugs to ease her broken heart. One day, her son travels to the city and runs into her. To ease his aching conscience he asks her to return home. Just as she gets there, the eldest son is killed by another Donovan during a labor dispute. She then has one Donovan arrested. An aging servant manages to talk the bereaved mother into dropping the charges so that the feud may finally end. She does. ~ Sandra Brennan, Rovi

There are no critic reviews yet for Hungry Hill. Keep checking Rotten Tomatoes for updates!

There are no featured reviews for Hungry Hill at this time.