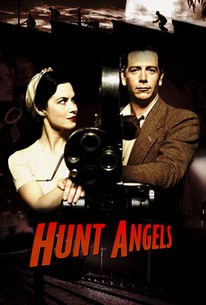 Director Alec Morgan fuses elements of documentary and dramatic biography in this tribute to a wily pioneer of the Australian cinema. In the 1930's, as Australia was locked in an economic depression, the nation's film industry was on the verge of collapse as American interests purchased most major theater chains and bought out independent producers. However, Rupert Kathner was a passionate believer in the notion of Australian movies for Australians, and he was determined to make films for the home audience. Kathner, however, had little skill as a filmmaker, and his criminal record as a confidence man made it difficult to obtain financing through normal channels. Kathner wasn't about to let such things stop him, though; with his longtime girlfriend and cinematographer Alma Brooks, Kathner chased down "angels" (his name for investors) with grand tales of his future productions, and he wasn't above writing a bad check to keep his show on the road, or firing an actor foolish enough to insist on being paid. While Kathner made as many enemies as friends and earned little if any critical respect for his low-budget potboilers, he managed to write, produce and direct a handful of independent features in Australia before his death in 1954. Hunt Angels combines vintage footage of Kathner at work, rare still photos, and interviews featuring his friends and associates alongside staged sequences featuring Ben Mendelsohn as Kathner and Victoria Hill as Brooks. ~ Mark Deming, Rovi

There are no critic reviews yet for Hunt Angels. Keep checking Rotten Tomatoes for updates!

There are no featured reviews for Hunt Angels at this time.