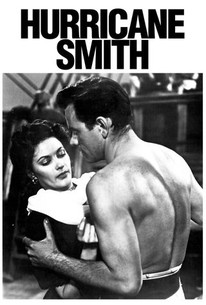 Surprisingly, the Paramount Technicolor actioner Hurricane Smith was not produced by the studio's Pine-Thomas unit (it sure sounds like one of their efforts), but instead by "outsider" Nat Holt. John Ireland plays the title character, a 19th-century mercenary stranded in the South Seas with his pals McGuire (Forrest Tucker) and Brundage (Richard Arlen). When slavetraders come calling, Smith and his confreres steal the traders' ship and head for Australia, in hopes of searching for buried treasure. To raise some quick money, the trio agrees to rent "their" vessel to scientist Gorvahlsen (James Craig), who brings Dr. Whitmore (Murray Matheson) and the doctor's half-Polynesian daughter Luana (Yvonne DeCarlo) along on a scientific expedition. It gradually dawns on Smith that Gorvahlsen and Whitmore are actually fortune hunters, hoping to claim the treasure for themselves. But which side is the lovely Luana on during the film's unending series of crosses, double-crosses and triple-crosses?

Loren B. Brown
as Sailor

Maiola Kalili
as Malinka
View All

There are no critic reviews yet for Hurricane Smith. Keep checking Rotten Tomatoes for updates!

There are no featured reviews for Hurricane Smith at this time.