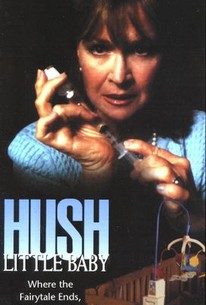 Diane Ladd stars in this psychological drama about Susan, a woman who was adopted as a child and has long wanted to meet her biological mother in hopes of resolving certain emotional issues After a long search, she finally meets Edie Diane Ladd, who is warmly welcomed into Susan's life, alongside her husband and children. However, once Susan has reunited with Edie, she notices Edie can be more than a bit possessive, and it soon becomes clear anyone who comes between Edie and her daughter winds up dead. Now Susan and her husband need to find out the truth about Edie before they become the next victims.

There are no critic reviews yet for Hush Little Baby. Keep checking Rotten Tomatoes for updates!

There are no featured reviews for Hush Little Baby at this time.