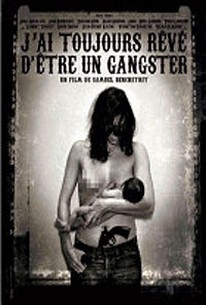 Writer/director Samuel Benchetrit takes the helm for this laid-back crime comedy that weaves together four stories which all eventually convene at a roadside diner. Franck (Edouard Baer) is a petty criminal who is currently pondering the prospect of holding up a remote diner. When observant waitress Suzie (Anna Mouglalis) eventually realizes that Franck has more than a meal on his mind, she reveals that she too had considered robbing the place until getting disheartening peak at the anemic cash register. In the second story, desperate criminals Leon (Bouli Lanners) and Paul (Serge Lariviere) kidnap the daughter of a wealthy businessman in hopes of earning a tidy ransom, but soon find themselves forced to act as surrogate parents when the young girl is revealed to be suicidal. Later, after two aging rock stars (Alain Bashung and Arno) discuss their careers over a meal at the diner, four former gangsters smuggle an old friend out of the hospital for a nostalgic trip to their former hideout, only to discover that the familiar log cabin has long since been razed and replaced with a modest diner that provides no means for lying low. ~ Jason Buchanan, Rovi

Reasonably diverting and handsomely shot in black-and-white, I Always Wanted to Be a Gangster is a pleasant four-chapter reverie on modest but failed aspirations and unlikely contentment.

Although the film has a fluffiness that means it is unlikely to linger long in the memory, it is nevertheless a fun ride.

There are no featured reviews for J'ai toujours reve d'etre un gangster (I Always Wanted to Be a Gangster) at this time.