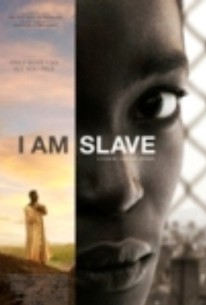 I Am Slave Photos

A young woman struggles to regain the freedom that's been stolen from her in this drama from filmmaker Gabriel Range. Malia (Wunmi Mosaku) comes from a proud Sudanese family, and her father Bah (Isaach De Bankole) is a tribal leader and a man of no small power in their community. But none of that means much when Malia is captured with a number of other young women in a raid on their village by mujahideen soldiers. Malia is shipped off to Khartoum, where she's sold to an Arab family and Laila (Hiam Abbass) uses violence and humiliation to break her spirit and make her an obedient servant. After several years, Laila sends Malia to London to work for her cousin Haleema (Lubna Azabal), but there is little change in her routine -- Malia works all day and all night, receives no pay, has no free time or privileges, and is rarely allowed outside as she tries to find some way to regain her freedom. I Am Slave received its North American premiere at the 2010 Toronto International Film Festival.

Critic Reviews for I Am Slave

There are no critic reviews yet for I Am Slave. Keep checking Rotten Tomatoes for updates!

There are no featured reviews for I Am Slave at this time.

I Am Slave Quotes