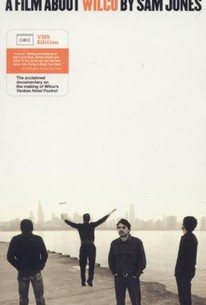 Critics Consensus: Besides being a treat for Wilco fans, I Am Trying to Break Your Heart also exposes the workings of a profit-driven music industry.

Critics Consensus: Besides being a treat for Wilco fans, I Am Trying to Break Your Heart also exposes the workings of a profit-driven music industry.

Critic Consensus: Besides being a treat for Wilco fans, I Am Trying to Break Your Heart also exposes the workings of a profit-driven music industry.

I Am Trying to Break Your Heart Photos

A chronicle which follows alternative-country-turned-rock-band Wilco's recording of their fourth album, "Yankee Hotel Foxtrot" (the album was released to critical acclaim by Nonesuch Records). Initially intended to follow the collaborative process of this handful of very creative artists making a highly anticipated album, director Sam Jones soon had unexpected human drama and corporate intrigue to contend with when the band started breaking apart and their now-acclaimed new album was rejected by their label, Reprise Records.

Critic Reviews for I Am Trying to Break Your Heart

Is there enough material to merit a documentary on the making of Wilco's last album?

If you aren't already a fan of Wilco, a critical darling led by the talented and wily songwriter Jeff Tweedy, the film does little to enlighten or recruit.

The film doesn't show enough of the creative process or even of what was created for the non-fan to figure out what makes Wilco a big deal.

A cohesive demonstration of why Wilco, as a whole, is one of the most compelling musical entities working today.

Even if you don't know the band or the album's songs by heart, you will enjoy seeing how both evolve, and you will also learn a good deal about the state of the music business in the 21st Century.

It is an often overlooked gem of a movie, chronicling the creative process of making a personal record in more detail than has even been seen. Also, the film is helped tremendously by some great music from Wilco, and a ironic, triumphant twist of real-lif

Fortunately for Wilco, who have a passion for excellence, creative freedom, and innovation, Jones's camera recorded footage at the scene of a crime against art.

Even if you have never heard a Wilco album, the film is a great introduction to the band's music and the pain that goes into making it.

An interesting look behind the scenes of Chicago-based rock group Wilco...

As a study of how the current corporate idiocy impacts one man's art, it's priceless.

More about the alchemical nature of movies than the band or their music, the picture is among the very best of the year.

Audience Reviews for I Am Trying to Break Your Heart

Not a fan of the band films but I really take my hat off to Wilco for their attempts to bring back Woody Guthrie into the mainstream. As a result, I really got into the storyline here and enjoyed it.

Wilco are one of the greatest bands on Earth and this documentary film of the making of their masterpiece, "Yankee Hotel Foxtrot", is a fascinating glimpse at record company machination vs the creation of art.

An interesting look at the creative process and a must see for Wilco fans, who will get to see the drama behind one of the best albums of the past ten years.

A drama cleverly disguised as a band documentary.

I Am Trying to Break Your Heart Quotes