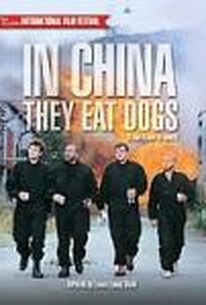 A man looking to spice up his life gets a bit more excitement than he expected in this manic crime comedy. Arvid (Dejan Cukie) is a bank teller whose life has fallen into a rut -- so deep a rut that his girlfriend, Henne (Trine Dyrholm), breaks up with him for being too dull. Hoping to put some much-needed adventure into his life, Arvid helps stop a robbery at the bank by bashing would-be thief Franz (Peter Gantzler) over the head with a squash racquet. At first, Arvid is proud of his accomplishment, but Franz's wife, Astrid (Line Kruse), tracks him down and tells him a dubious story about how Franz was robbing the bank only so he could pay for medical treatments that would allow the couple to have a child. Imagining he can help out Franz and Astrid and prove himself a dangerous outlaw all at once, Arvid plots a robbery of his own bank, and even persuades his brother Harold (Kim Bodnia) to help out. But crime is not exactly second nature to Arvid and his crew, and soon they find themselves on the run from the Yugoslavian mafia. A major box-office hit in Denmark, I Kina Spiser de Hunde (aka In China They Eat Dogs) spawned a prequel, Gamle Mænd i Nye Biler, in 2002. ~ Mark Deming, Rovi

There are no critic reviews yet for I Kina spiser de hunde (In China They Eat Dogs). Keep checking Rotten Tomatoes for updates!

Except for a really bad idea for an ending, this is excellent. The way the comedy bleeds -- no pun intended -- through everything that is falling apart here is very entertaining. Kim Bodnia puts in an extraordinary performance as the put-upon, but always willing to help, older brother of kind-hearted and positively motivated Dejan Cukic. This is very much worth watching.