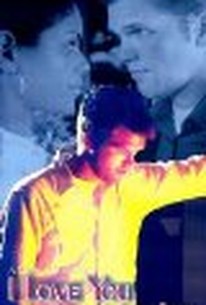 A struggling screenwriter wrestles with unrequited love and unfulfilled ambitions while attempting to keep a promise to his late father. Ryan McKenzie (Jamie Wax) wants to make it in Hollywood, but he can't seem to keep his mind off of Amber (Christina Souza) and focused on his script. It's been a year since Ryan's father died, and ever since the young scribe has been suffering from a bad case of writer's block. The only reason Ryan was able to pursue a writing career in the first place is because his father left him a generous inheritance, and now it's beginning to look like that gift is being squandered. Ryan promised his father he would follow his dreams, but now he's beginning to second guess himself. One night, at a Hollywood party, Ryan strikes up a conversation with producer/director Scott Donovan (Jay Bontatibus). After revealing that his latest film has fallen into limbo, Scott agrees to produce Ryan's screenplay. Empowered by this exciting development, Ryan declares his love for Amber. When Amber makes it clear that they will never be a couple, Ryan trashes his screenplay and pens another, more personal one entitled "I Love You Came Too Late." Only then does he discover that his father never wanted him to be rich and famous, only happy and content.

Critic Reviews for I Love You Came Too Late

There are no critic reviews yet for I Love You Came Too Late. Keep checking Rotten Tomatoes for updates!

There are no featured reviews for I Love You Came Too Late at this time.

I Love You Came Too Late Quotes