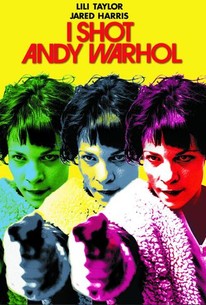 In 1968, flamboyant hedonist and pop-art icon Andy Warhol nearly died after he was shot by radical, lesbian feminist Valerie Solanas and for years her real reasons for the attempted assassination have remained clouded. With this powerful, dramatic portrait, which filmmaker/screenwriter Mary Harron tries to shed light on the troubled Solanas' motivations. Claiming that her portrayal of the events is 95% accurate, Harron has carefully re-created the events, locations and the strange coterie surrounding the influential artist. Officially it's been recorded that Solanas' acted in retaliation after Warhol banned her from his inner sanctum, The Factory, for making trouble. But the real reasons for her bottomless rage soon manifest. Abused as a child, Solanas became a prostitute in high school and also discovered her homosexuality. By college, Solanas was a notorious man-hater. In 1966, Solanas wrote her famed SCUM Manifesto a "revolutionary" tract against all men. It was her dream that her Society for Cutting Up Men would become a major movement, but in the end, Solanas was the only member. She then wrote a play called Up Your Ass. Convinced that only the great Warhol could do the subversive work justice, she finagled a way into the Factory with her transvestite friend Candy Darling -- who would later become one of Warhol's superstars -- and presented the work to the artist. None of the party-goers were particularly interested in the work, but eventually Warhol did allow Solanas to appear in one film I, a Man. Though a regular at Factory gatherings, the aggressive, increasingly radical Solanas became too intense for Warhol's drugged, hedonistic cadre and the artist exiled her from his loft. Thus isolated, Solanas spiraled into an inescapable whirlpool of violent madness.

Yo La Tengo
as The Velvet Underground

Justin Theroux
as Mark the Revolutionary

Eric Mabius
as Revolutionary No. 2

Daniel Haughey
as The Pornographer

Though this terrifically cast movie may prove a tad too detached even for some members of its targeted audience, it covers remarkable ground in less than two hours.

[Mary Harron] does two remarkable things in her movie: She makes Solanas almost sympathetic and sometimes moving and funny, and she creates a portrait of the Factory that's devastating and convincing.

Though it's still unclear to me why she was so fixated on Warhol, Solanas's points are incendiary, to say the least, but interesting to think about.

The film is a dead scramble for significance in the pop-culture junk-pit, and Harron never seems sure what it is she's rummaging around for.

The film benefit from Lili Taylor's perfromance and from nice artistic treatment, but Valerie Solanas is simply not interesting enough as a dramatic character to occupy the center of a whole film.

Never as compelling as its central performance, it's still a very good film - and after all, that's a hard performance to live up to.

A shallow, silly film that portrays all its characters, including Andy Warhol, as ditzy airheads. The only real airhead here is Mary Harron, the filmmaker who created this.

Very well done. Really captures the look and feel of (what I would think) that whole "factory period" would have been like. Complete decadence on a totally supercial level. Lili Taylor is brilliant as is the rest of the cast. Don't get me wrong...Solano was completely unstable, but ultimately it's very sad in the sense that most of her "crazy" rantings seem to come true. Self fullfilling prophecy...or perhaps there was a little truth mixed in with her madness?

Would have been okay if I were on acid. Although I love Lili Taylor so she did a fantastic job.