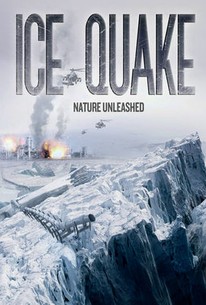 A military geologist and his family find themselves trapped on an icy mountain as the ground splits open and ice geysers erupt, and seek the aid of an Army Colonel to survive the ordeal, and save the planet from a deadly methane explosion. A towering ice shelf in the Russian Arctic has just toppled, and the powerful impact could be felt all across Alaska. Meanwhile, Michael Webster (Brendan Fehr) and his family head out into the Alaskan wilderness to chop down a Christmas tree. But when the permafrost cracks causing massive avalanches, the entire family becomes stranded with little hope for escape. As a no-nonsense Army Colonel (Victor Garber) attempts to organize a daring rescue, Michael realizes that the coming methane explosion could wipe out all forms of life. Time is running out fast, and in order to avert a major catastrophe, Michael must devise a foolproof means of containing the blast. ~ Jason Buchanan, Rovi

There are no critic reviews yet for Ice Quake. Keep checking Rotten Tomatoes for updates!

Some nice effects but by and large SO very stupid.