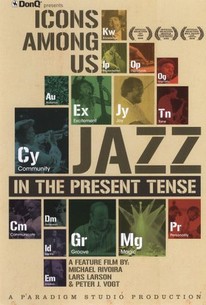 Icons Among Us Photos

Jazz may be the most uniquely American of all musical forms, a sound that embraces a variety of creative traditions from around the world to create a new form of expression that's joyous, challenging and powerful. After more than a century, jazz remains a vital art form in which the lessons of great artists of the past are studied by fresh young talents who shape them in innovative directions. Filmmakers Lars Larson, Peter J. Vogt and Michael Rivoira set out to document the present and future of jazz in their documentary Icons Among Us, which was released both as a multi-part television series and as a stand-along feature-length film. In Icons Like Us, the directors introduce viewers to some of the leading lights of contemporary jazz -- veteran musicians such as Herbie Hancock, modern day masters including Terrence Blanchard, young ensembles who interpolate alternative rock sounds into jazz like the Bad Plus and Medeski Martin & Wood, and rising stars such as Ravi Coltrane. In Icons Among Us, these performers share their music but also their thoughts as they discuss what jazz means to them, and how their ideas are reflected in their own work. Icons Among Us was an official selection at the 2009 Seattle International Film Festival.

Critic Reviews for Icons Among Us

There are no critic reviews yet for Icons Among Us. Keep checking Rotten Tomatoes for updates!

Audience Reviews for Icons Among Us

There are no featured audience reviews yet. Click the link below to see what others say about Icons Among Us!

Icons Among Us Quotes