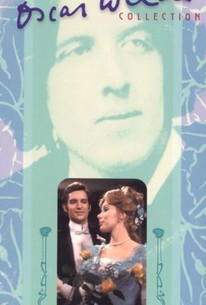 A made-for-TV production of one of Oscar Wilde's peerless stage comedies, this frothy satire concerns Lord Arthur Goring and his close friend Sir Robert Chiltern. Arthur is a wealthy but unambitious man who is proudly lazy and uses his not inconsiderable knowledge and wit for no profitable purpose, other than verbally sparring with Mabel Chiltern, Sir Robert's sister and a woman of no small beauty and charm. Mabel is hardly the only woman interested in Arthur, but despite the pleas of his father, Arthur has little interest in settling down with one woman. In striking contrast, Robert is a member of Parliament who is well-known for his firmly held principles and his devotion to his loving wife, Lady Gertrude. When a proposal is placed before Parliament to build a British canal through Argentina, Robert makes it clear he regards the project as a huge mistake and will speak out against it. However, one Laura Cheveley soon arrives on the scene, telling Robert it is in his best interest to support the canal plan -- and if he does not, Laura has incriminating information that could ruin his career in politics. An Ideal Husband stars Keith Michell, Jeremy Brett, Susan Hampshire, and Margaret Leighton.

Critic Reviews for An Ideal Husband

There are no critic reviews yet for An Ideal Husband. Keep checking Rotten Tomatoes for updates!

There are no featured reviews for An Ideal Husband at this time.