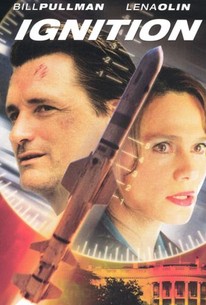 The political thriller B-movie Ignition was released straight to video in the U.S. Bull Pullman stars as Conor Gallagher, a former military helicopter pilot who was discharged due to his violent rage. He is assigned to protect Federal Judge Faith Mattis (Lena Olin) after a mail bomb goes off in her office. Meanwhile, the U.S. is about to put a man on the moon and corrupt military officials plan to assassinate the President. Colm Feore plays the corrupt bad guy, General Joel MacAteer, and Peter Kent plays his henchman Brunson.

Scott Hylands
as Carlsen
View All

There are no critic reviews yet for Ignition (Kingdom Come). Keep checking Rotten Tomatoes for updates!

There are no featured audience reviews yet. Click the link below to see what others say about Ignition (Kingdom Come)!